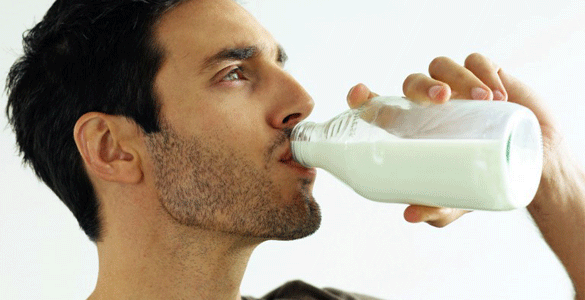 Most of us grew up with the notion that it’s completely natural and most certainly healthy to drink plenty of cow’s milk.

So, we were taught to start our day with it, love it dearly and use it as an ingredient when making sauces, fruit shakes, smoothies and also when baking. Some of us seem to have fallen in love with it so deeply that whenever someone says that it may be unhealthy, we almost react like someone just insulted our mother and everyone else that we love.

Perhaps its shouldn’t be that surprising. When we grew up, we were so massively encouraged about cow’s milk and its alleged health benefits that we may have developed affective (emotional) associations to it.

But beyond personal opinions and affective associations, what does independent science (non-ideologic (vegan) or non industry funded!) actually say about cow’s milk ?

As a biochemist this sparked my inspiration to research and review some independent scientific studies about cow’s milk and the effect it has on the human body. What I found out is a completely different picture than were given to believe as kids.

This finding alone sums it up pretty well; Two scientific studies published in the British Medical Journal in 2014 warns that drinking cow’s milk leads to an early death and does not strengthen the bones. [1] & [2] 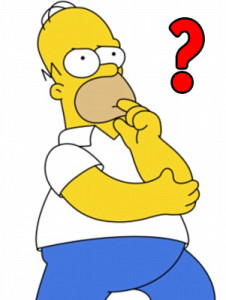 Say what? come again please… So cow’s milk actually shortens our lives AND doesn’t even strengthen the bones? Thats right, the science speaks clearly. Check out reference [1] and [2] below.

Isn’t that kind of shocking !? Since its totally the opposite of what we were taught to believe as kids.

Could it be so that most of us have been subjects for heavy disinformation and conditioning by a very powerful dairy industry whom for the purpose of maximized profits managed to convince our governments, parents and schools to buy into their products ?

I’ll Leave That Question To Be Answered By You

Take a look at the findings and the scientific references below and you make up your own mind about Cow’s Milk.

All I can say is that I have already switched over from Cow’s Milk to Delicious Plant Based Alternatives, and below are the 18 reasons why I did so.

PS. The good news is that we don’t necessarily have to stop drinking milk, eating cheese and yoghurt. Instead we can switch to plant-based versions of them all. Here are some of my recipes for plant based alternatives. There are plenty more to find online.

A high dairy intake has been linked to increased risk of prostate cancer in a study published in The American journal of clinical nutrition.  [4]

2. Cow’s Milk consumption shortens your life and will not improve your bone health

3. Cow’s Milk consumption increases the risk to get ovarian cancer.

Observational scientific studies have clearly shown that a higher diary intake is directly linked to a higher risk for getting ovarian cancer. [4]

Cow’s milk proteins may be playing a role in triggering type 1 diabetes through a process referred to as molecular mimicry, which you can read about in reference number [5].

It have been shown worldwide that populations which consume more dairy have higher rates of multiple sclerosis. [6]

In animal experiments and human studies worldwide, proteins from dairy have been shown to increase the level of IGF-1 (Insulin-like Growth Factor-1). Increased IGF-1 levels have a significant role in several types cancers. [7] Yes, I know, its absolutely terrible news.

7. Cow’s Milk promotes increased cholesterol levels and atherosclerosis, which may lead to various cardiovascular diseases , such as stroke.

Animal [8] and human experiments [9] have shown that dairy protein promotes increased levels of cholesterol and atherosclerosis.

Casein, which is the primary milk protein, is shown to promote cancer in experimental animal studies. [10]

9. Cow’s milk promotes inflammation and speeds up the aging process.

D-galactose has been found to be the pro-inflammatory factor in milk, and it has also been shown to be involved in aging in animal experiment models. [3]

Yes, that is correct, higher cow’s milk intake is certainly linked to acne [11].

11. It is linked to constipation and ear infections.

12. Cows milk is possibly the most common food allergen.

Food allergy studies have over and over indicated that Cow’s milk may indeed be the most common food allergen [13].

13. A majority of the world’s population are lactose intolerant and cannot fully digest Cow’s Milk.

That by it self should be an indication that perhaps cow’s milk is for baby cows and not for adult humans. Why are we consuming a product that most humans cannot even adequately digest?

14. Cow’s Milk is custom-designed for calves, not humans

Cow’s milk is produced by the cow to nurture and support the biochemical system of a calve in its early years. It was not produced to be consumed by humans, for a lifetime. Cow’s milk confuses the human cellular functions & immune system.

Pus cells are a mixture of dead tissue, bacteria, and white blood cells. US Department of Agriculture (USDA) has set the US standard of maximum 750 million pus cells per liter of cow’s milk. You can check what the allowed levels of PUS cells are in your country. Personally, I prefer ZERO PUS cells in anything that I drink, unfortunately that is not a possibility for cow’s milk.

16. Cow’s milk contains hormones and antibiotics that you don’t want in your system

Dairy cows are given hormones to stimulate milk production, mostly recombinant Bovine Growth Hormone (rBGH). The unnaturally high levels of  rBGH causes severe stress that results in various diseases and infections (such as mastitis). These infections and diseases are in turn treated with antibiotics, which helps to breed more antibiotic resistant bacteria that also ends up in the milk (PUS cells).

Except growth hormones, cow’s milk also contains neurotransmitters, cytokines, other hormones and animal signal & regulatory molecules that are part of the cow’s immune & biochemical system. These are substances and agents that have regulatory biochemical effects and that are very similar to their human version; but not exactly the same (eg. human growth hormone vs cow’s growth hormone). This causes serious confusion in the metabolic & catabolic processes of the cell and in the entire immune system as such. Often causing the cell to become malignant (which is the beginning of cancer!) or leading to various autoimmune diseases and other systematic disturbances.

18. Plant based milk alternatives are not only healthier and tastier but they are also earth & karma friendlier.

Yes they are, and they don’t not come with any of the detrimental effects listed above.

[4] Lanou AJ. Should dairy be recommended as part of a healthy vegetarian diet? Counterpoint. The American journal of clinical nutrition 2009;89:1638S-42S.

[8] Kritchevsky D. Dietary protein, cholesterol and atherosclerosis: a review of the early history. The Journal of nutrition 1995;125:589S-93S.