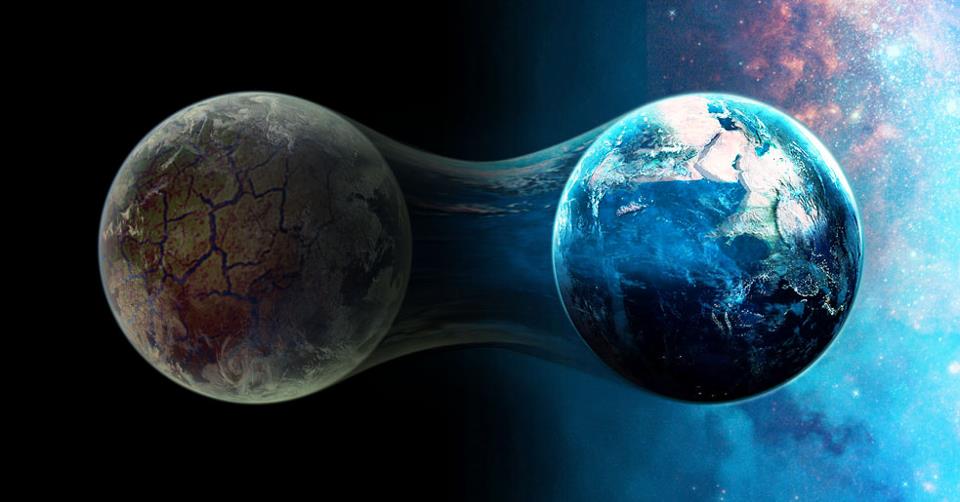 The times that we are living in can be really confusing simply because there are two opposite processes going on simultaneously in our world right now.

As the old fear-based reality is dissolving, the new iterated reality, based on unity consciousness is steadily taking form.

And all of us are standing between the choice of either going down with the the old reality or to elevate with the new iterated reality.

The Earth is clearly now dividing into two possible pathways, enabling two consensus realities to co-exist for a short period of time (This short period is relative and could take 1-2 generations to pass).

This time have been prophesied by basically all ancient cultures, including the native american hopi tripe which called it ‘purification times’ and ‘renewal time’.

In the western cultures, these times have been described in the biblical the story of Noah’s Ark.

The Noas Arc story originates from the Great Flood mythos, foretold by many ancient cultures.  This story is an allegoric tale which means that it symbolically describes a mechanism that occurs as a result of the closing of the Great Cosmic Cycle that we are going through right now; also referred to as the ‘end of times as we know it’.

THE FLOOD & THE STORM IS ALREADY HERE

There is no need to wait for the flood and the storm because they are already here.

The allegoric tale of Noahs Arc is explaining a mechanism that from our perspective is happening in slow motion, right now. Its all happening much slower than the dramatized & symbolic story and it may take up to 1-2 generations for the process to fully complete.

If you look around you what do you see in our world?

Never before has there been this many chemicals added to our foods, the number of diseases such as cancer is sky rocketing like never before.

Never before we been exposed to this much harmful radiation of various sorts.

We are indeed being struck by a flood of toxic chemicals, radiation and energies.

According to Cancer Research UK 1 in 2 people are estimated to be diagnosed with cancer in the United Kingdom. You can read more about that figure here.

And according to statistics collected by the Surveillance Epidemiology and End Results (SEER) program at the National Cancer Institute (NCI) of the United States, 1 of 2 men and 1 of 3 women will be diagnosed with cancer in the US.

Not to mention the occurring biotic crisis , deforestation, the actively ongoing ecocide and the global financial & political crisis that is taking place.

If this is not alarming to you to the point where you realize that the Great flood is already here, you are simply addicted to the drama and at some level wanting it to continue because you don’t want to wake up and take responsibility.

Instead of embodying your empowered higher self, you are only wanting to stay being ‘poor little me’.

It is important to remember that we are not getting punished FOR our sins by some ‘god’ figure, as the religious interpretation of the Mythos suggests, but rather that in these times; we are all faced with the choice of either going down the destructive pathway of the old fear-based world or get in-tune and help building the Ark, with is the newly born iterated reality.

If we choose ignorance and disconnect ourselves from consciousness, we will be punished BY OUR OWN CHIOCE, NOT BY THE NATURE OF REALITY (a.k.a ‘god’).

If we choose to ignore (ignorance –> disconnection from consciousness); the more likely it is that we will be consuming toxic and/or GMO foods, exposing our selves to harmful radiations and & attract destructive and stagnant life situations during these times.

All of which will either kill us slowly, or destroy our genetics and thus prevent us from having healthy offsprings that are likely to make it to the next phase of our Collective Evolution; which is Renewal Time.

30 years ago, if you consumed non-organic foods, the number of chemicals that we ingested were far less than today. So today, it is more lethal to be ignorant and the intensity of that factor is increasing now by the hour.

DO NOT DESPAIR FOR THERE IS AN ARK – A SAFE PASSAGE

There is no need to fear the worst to happen. Simply because it has already happened as one potential pathway.

Fear will only pull us into the drama and arrogance of trying to ‘save the world’.

Anything that can go wrong, will go wrong, according to Murphys law.

And anything that can go right , will go right.

According to modern quantum physics, every single possibility that can happen has already happened. It is through our conscious choices that we make for ourselves, that we can alter reality and tune in to any of these possible events.

We can observe both of these simultaneously in our time.

The Thrived Planet Earth is already here and people are waking up to it in masses.

WE CHOOSE THE REALITY THAT WE WANT TO BE PART OF

So, both of these alternative realities are occurring and playing out during these times. The question is which one of these we are tuning in to and want to be part of ?

This is a personal choice that we all are facing, and it is not one single choice; rather its a continuos flow of choices between ‘a more evolved & inspired way’ or the old destructive and often easier way.

Which reality do you tune in to in your everyday life through your small choices ? Its something worth to be aware of, for the sake of your own and our collective evolution.