A fractal is a natural phenomenon that occurs everywhere in nature.

Its a mathematical mechanism, embedded in the fabric of nature.

Based on very simple mathematical sets; fractals give form to complex patterns and shapes within nature such as the formation of mountains, clouds and snowflakes but also immaterial patterns such as psychological & behavioral patterns in humans and animals.

FRACTALS THE HIDDEN DIMENSION – FOR A SCIENTIFIC UNDERSTANDING

A good mathematical introduction to Fractals is the Koch curve; one of the earliest fractals ever described.

The Koch curve is named after the Swedish mathematician Helge Von Koch.

Its a curve that has an infinite length and it can be constructed very easily using a equilateral triangle.

Before going into details about the Koch curve, lets examine the following illustration to get an understanding of what and iteration is.

If you take a straight line and apply three simple mathematical functions to it (step 1,2 and 3);

Step 2 : Divide the line into three parts and remove the middle part.

Step 3: Place a cone-shape/triangle instead of the middle part.

Then you will end up with something that looks like the image on the right side below.

Now if you take the output of the three functions described above (illustrated in step 3) and iterate the same set of functions on all the straight lines two more times; you will end up with something that looks like the illustration above (Iteration 2 & 3).

This is the basis of Iterations.

Now lets have a look at the Koch curve and how its constructed.

If you take a equilateral triangle, and apply the same set of functions described above, you will have the first iterations of the Koch Snowflake.

Below is an illustration of hot the Koch curve comes into existence through a series of iterations.

Now if you iterate the same set of fucntions infinite amount of times, you’ll get the infinite length of the Koch Curve visualized, as illustrated below. You can zoom into the koch curve and it will never end, for it is infinite and self-similar in its nature.

So now that you know about iterations and you can visualize infinity let us take a look at some more simple but also complex 3D fractals rendered by modern computers.

If you have never seen fractals visualized before; Be warned to have you mind blown away.

How is this connected to our reality?

The reality we live in is a hologram image that is rendered exactly through the same fractal principles described above.

If you could not visualize the Eternity earlier; now you can.

If you could not imagine infinite multidimensionality earlier; with the information above you should be able to.

Our reality, that is; our physical, mental and spiritual layers are all based on the same fractal principles.

The entire universe that we experience is based on a certain geometric shape called the Flower of Life. 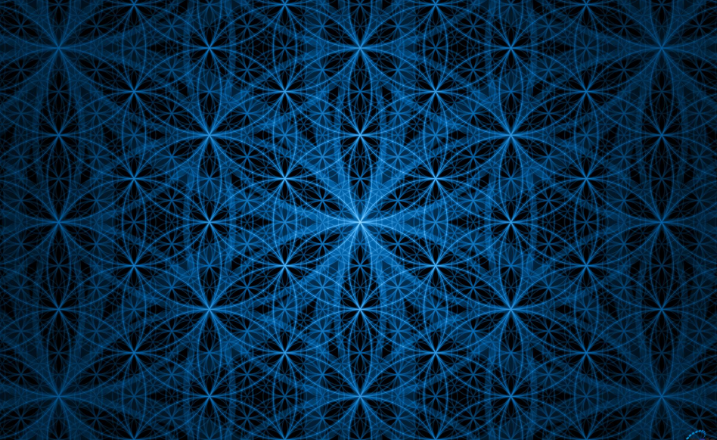 Which is a 3 dimentional geometric set that contains;

– All 5 platonic solids (the most commonly occurring shapes in nature!), which are ;

The flower of life fractal unites what use to be two two separate understanding of geometry, the Euclidian geometry & Fractal geometry; into one single understanding.

Fractal principles based on the Flower of Life pattern is the fundamental pattern of creation.

This is what modern science is just starting to rediscover.

Also; this is what basically ALL our ancient cultures made sure to communicate with us.

The Flower of life patterns has been depicted on sacred sites allover the planet.

The flower of life in biology, chemistry and cosmology. 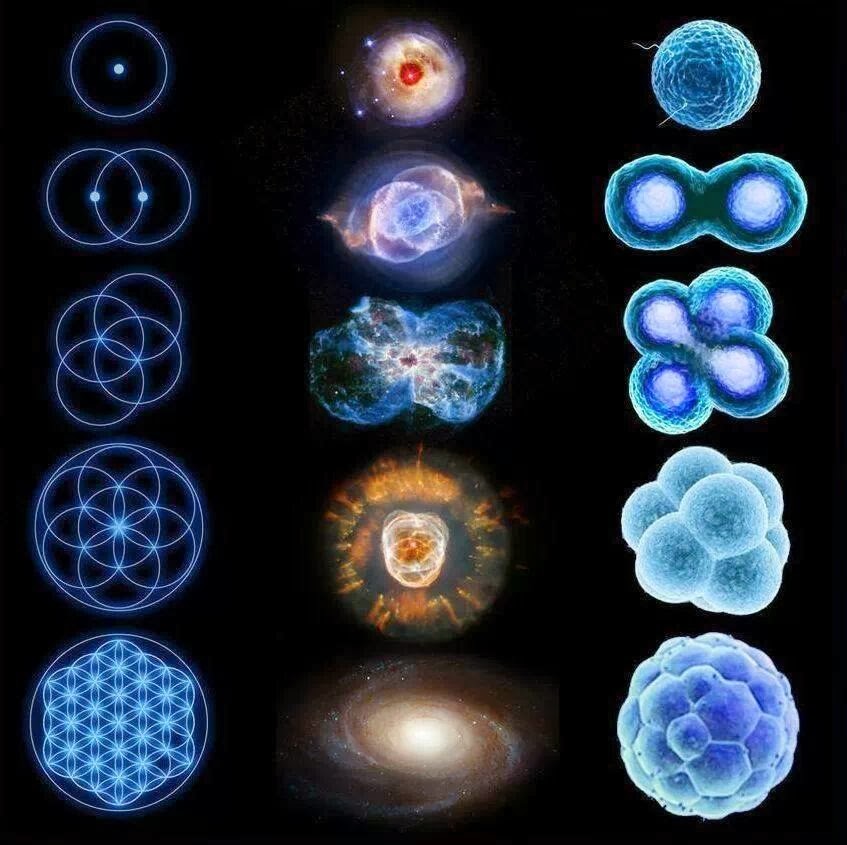 Except the correlations in the photo above, the most common virus capsid formations are based on the icosahedron and the dodecahedron structure (part of the flower of life!). The platonic solids are also seen again in the so called Crystal habit of various crystalline chemical compounds found in nature.

The correlations between nature and the flower of life are literally endless.

All of the above is only a scratch on the surface of an Infinite subject.

Let this information inspire you to explore by yourself , within and without.