Iterated Reality is a website dedicated to the rEvolution of Consciousness.

The evolution of our collective consciousness on Earth has passed through a shift, a crucial tipping point that have taken us into a new energetic paradigm.

This tipping point is the rEvolution of consciousness, which through an upgraded (iterated) version of reality is facilitating a collective awakening on Earth. A process which already have been initiated.

Everything that is presented on his website is merely information & truth seen from a certain point of view, and not claimed to be absolute truth. There are no intentions to create any dogmas. It is all simply a sharing of information & a point of view.

What does “Iterated” mean ?

One example of these types of cycles are the seasons of the year.

Every year winter will come, but no winters are exactly the same.

This is the essense of a non-repetetive but self similar cycle.

These types of cycles are called Iterations.

Every day is an iteration, so is every week, every month, every year & all 4 season.

An iterations is thus a fundamental mechanism embedded within the nature of reality.

And in this sense can mean ‘updated’ or perhaps even more correctly ‘up-cycled’.

To get a complete understanding of a Fractal Iteration its recommended to read more here.

Apart from seasonal iterations which affect our consciousness; from our point of existence on earth, we also experience Cosmic Iterations.

Every year is an iteration because of the Earths rotation around the Sun.

However, the rotation is not a repetitive cycle as we have been taught.

The animation below illustrates a repetitive cycle; the way we have been taught to view the rotation of the sun.

(No need to watch the full animation, the first 10 seconds will give you an idea)

In reality though; since our sun is moving through space itself; we see a helical, non-repetitive but self-similar cycle (an iteration), as illustrated below.

So our point of existence (location in the cosmos) changes every year and thats why two years are never exactly the same.

In the same fashion; our galaxy travel through space and gives rise to even greater iterative cycles.

The celestial body which is closest to Earth is The Moon.

And so, the rotation of the moon around the earth is the nearest astronomical iteration that we can experience.

The most obvious physical effect of the moon-iterations are high tide and low tide.

This phenomena is caused by the earths gravitational interaction with the moon (and of course partially with the sun).

Despite the fact that the moon is a very small celestial body, its rotational iterations causes entire oceans to rise and  sink.

Now put in perspective that the human body consist of about 70 – 80 % water.

If the tidal iterations of the moon causes entire oceans to rise and sink, one can imagine what effect it can have on our bodies and thus on our level of consciousness. 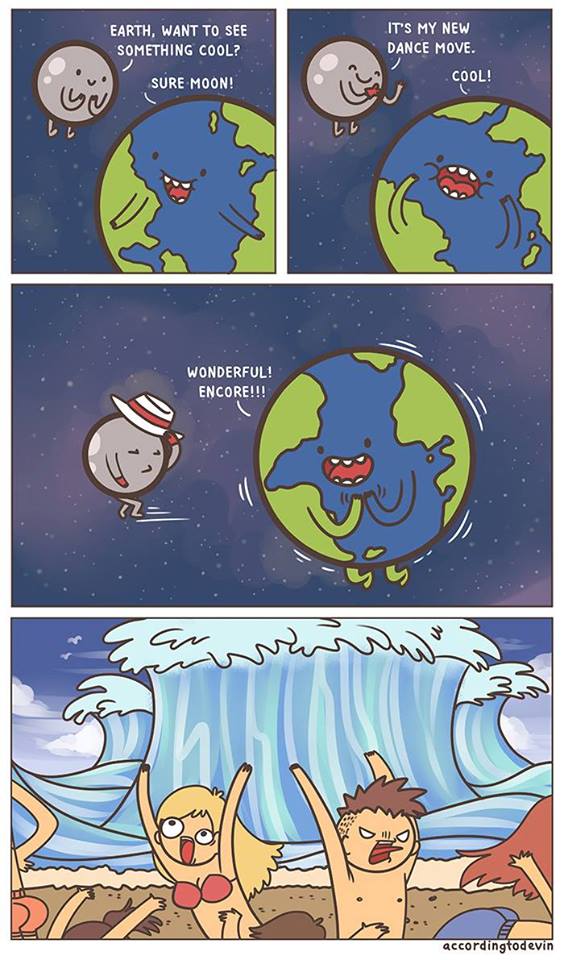 In a similar fashion, our planet & our sun’s movement though the cosmos causes interactions with & different star constellations, galaxies and other celestial bodies in the cosmos.

All of these interactions, gravitational and vibrational, have a direct effect on our physical bodies and our consciousness.

This is why as our planet floats and spins its way through the vast Cosmic Sea, we experience great Cosmic Cycles and shifts in consciousness

We are living in a time right now on earth, when the Greatest Cosmic Iteration possible have occurred!

END OF REALITY AS WE KNOW IT

CYCLES WITHIN CYCLES AND THE GREATEST CYCLE OF THEM ALL

December 21, 2012 marked the end and new beginning of many astronomical & cosmic cycles.

To get a better view of cycles and their fractal nature; lets have a look at the mathematics behind.

A full cycle can mathematically be described through a sine wave; as illustration below.

Here is another image showing the mathematical correlation between cycles and sine waves.

Here is a 24 hour period, representing the 360 degree spin of the Earth around its own axis

Further on; 7 days make up a greater cycle, which we call a week.

4 weeks make up an even greater cycle related to the rotation of the moon around the earth; A cycle we call ‘a month’.

And as we continue; 3 months make up a season; and 4 seasons make up a full year based on the rotation of the Earth around the sun.

And so on we can continue to up the greatest cycles ever measured by humanity;

A 26 000 year cycle called ‘The Precession of the Equinox’ and an even greater 27 Million year cycle which in the scientific community is referred to as ‘the biotic crisis’.

In addition; many ancient cultures (if not all!) have with predicted 2012  to be ‘The End Of the World As We Know it’ and ‘A New Beginning’.

Putting all of the information together from the scientific and astronomical data with the calendars of the ancient cultures; Everything points in the direction of our times being the greatest shift that can be experienced.

Again, thats why its been called ‘The End of the world as we know it’ and ‘A new beginning’ by so many ancient cultures.

AN ITERATED UNDERSTANDING OF THE UNIVERSE

The universe as we know it today has according to physical cosmology an oval shape.

At a closer look, the universe has the geometry of a torus with an expansive and a contractive side, as depicted in the photo below.

Based on Scientific observation;

The universe also has a contractive side which everything in existence is being pulled into. Scientifically known as The Big Crunch or the ‘Ultimate fate of the universe’.

However both ‘The Big Bang’ and ‘The Big Crunch’ are in actuality not single isolated events but two parallel & continual processes.

Both of these origin from the same singularity (Source) and make up the geometry of a torus.

The animation below illustrates the toroidal structure of the universe from the expansive and/or the contractive end.

2012-12-21 was the point in time where our collective consciousness on earth was as far away from the Source of Consciousness as it possibly ever could be.

This is the why we have been seeing so much chaos, separation and confusion in our world.

However, this was also the point at which our direction have changed again.

We are now moving closer and closer to source; leaving the old & dense vibrational construct behind and completely tuning into a lighter & higher vibrational energy construct.

This is our journey back towards source; this is the iterated reality. 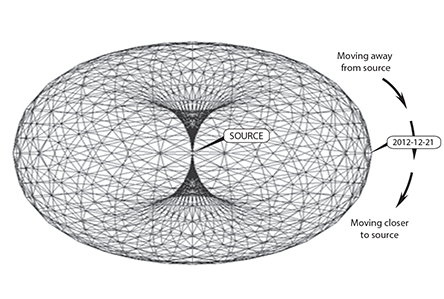 You can read more about the dynamics of consciousness here.

WELCOME TO AN ITERATED REALITY

Welcome to an Iterated Reality, welcome to our journey back to Source.

SHIFT OF THE AGES – SPIRIT SCIENCE

WHAT IS REALITY – JOE ROGAN