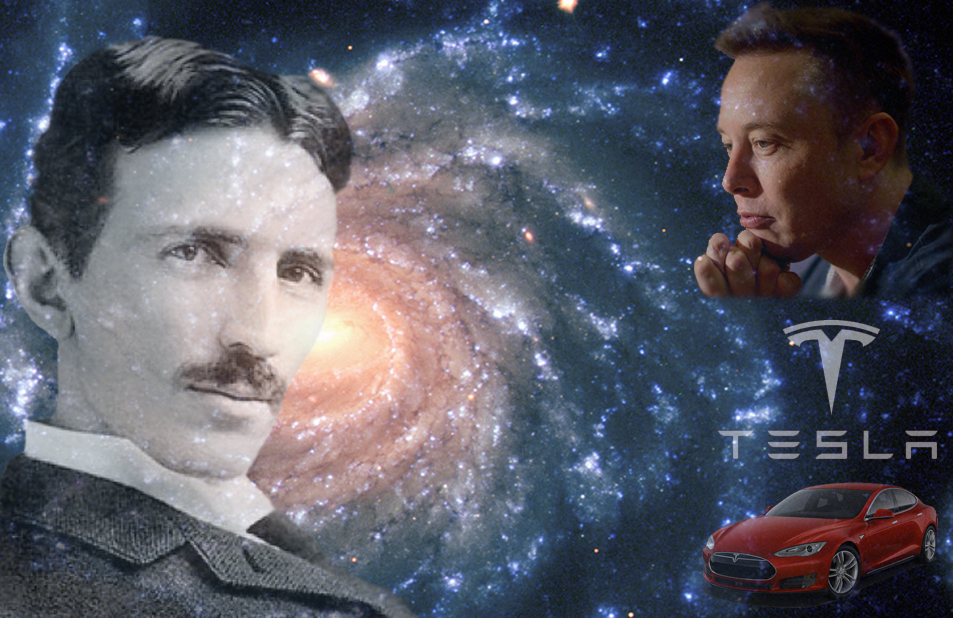 The Resurrection Of Tesla

Nicola Tesla died all alone, impoverished and in debt in a hotel room at the New Yorker Hotel on january 7th 1943. Almost completely unnoticed by the world he worked so hard to selflessly serve.

Much thanks to the brilliance and hard work of the internationally acclaimed entrepreneur Elon Musk, the automobile industry seems to be shifting towards producing more electricity driven automobiles than ever before.

Fossil fuel driven cars has been the ‘business as usual’ standard for many decades now. Automobile producers, who most likely are backed by the big players of the oil industry, have shown no genuine signs that they would be enthusiastic or even open for shifting towards cleaner and more sustainable sources of fuels for the cars that they produce. After the very successful release of the Tesla Model S in 2012 (Tesla Motors first car), the big players of the automobile industry such as Audio, BMW, Mercedes and even Chevrolet seem to have started to see the potential of electric cars and been somewhat forced to jump on this trend.

Of course, they are not very keen on loosing this consumer market segment, which they have been dominating for such a long time. All of them are in fact releasing new electric car models in 2015.

What few people aware of however is that these ‘new’ electric cars are not based on new technology at all. In fact, the technologies used in Tesla Motors Electric cars are completely based on Nikola Teslas AC motor design from 1882, which he said came to him in a vision.

That means that this technology is actually 133 years old

It was just about to be completely forgotten about by mankind, but instead it was suddenly brought back to life again through the release of the Tesla Model S in 2012. And judging by what happened since then, this technology seems to be on its way to completely transform one of the most conservative and rigid industries of the world; the fossil fuel driven automobile industry. 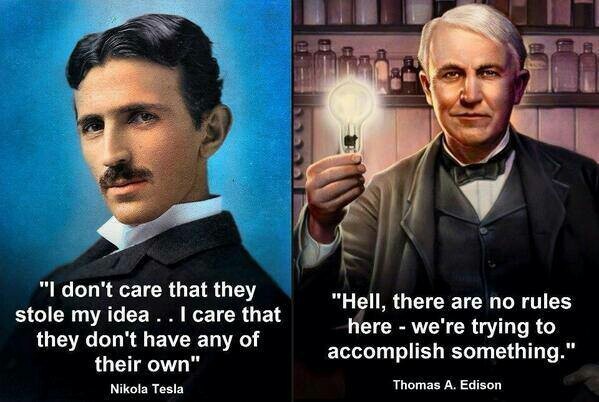 I find this really fascinating and absolutely mind blowing. If you know about Nikola Tesla and his work (if you don’t click here for an entertaining summary), you should know that much of the work he did and the inventions he presented were either copied, stolen, taken over or in some way thwarted.

So, seeing some of that work and those inventions coming back to life again, resurrected from the dead, more than a century after they came into existence, into a corporate climate that is antagonistic about a shift in technology, feels like watching the universal karmic hand of Natural Justice doing its thing in real time.

To me, the Tesla Motors Logotype also seem to synchro-mystically resemble the last nail in the coffin for the old fossil fuel driven automobile industry.

It may be way to soon to make such a claim some may say, however this seems to be the direction it is taking now. 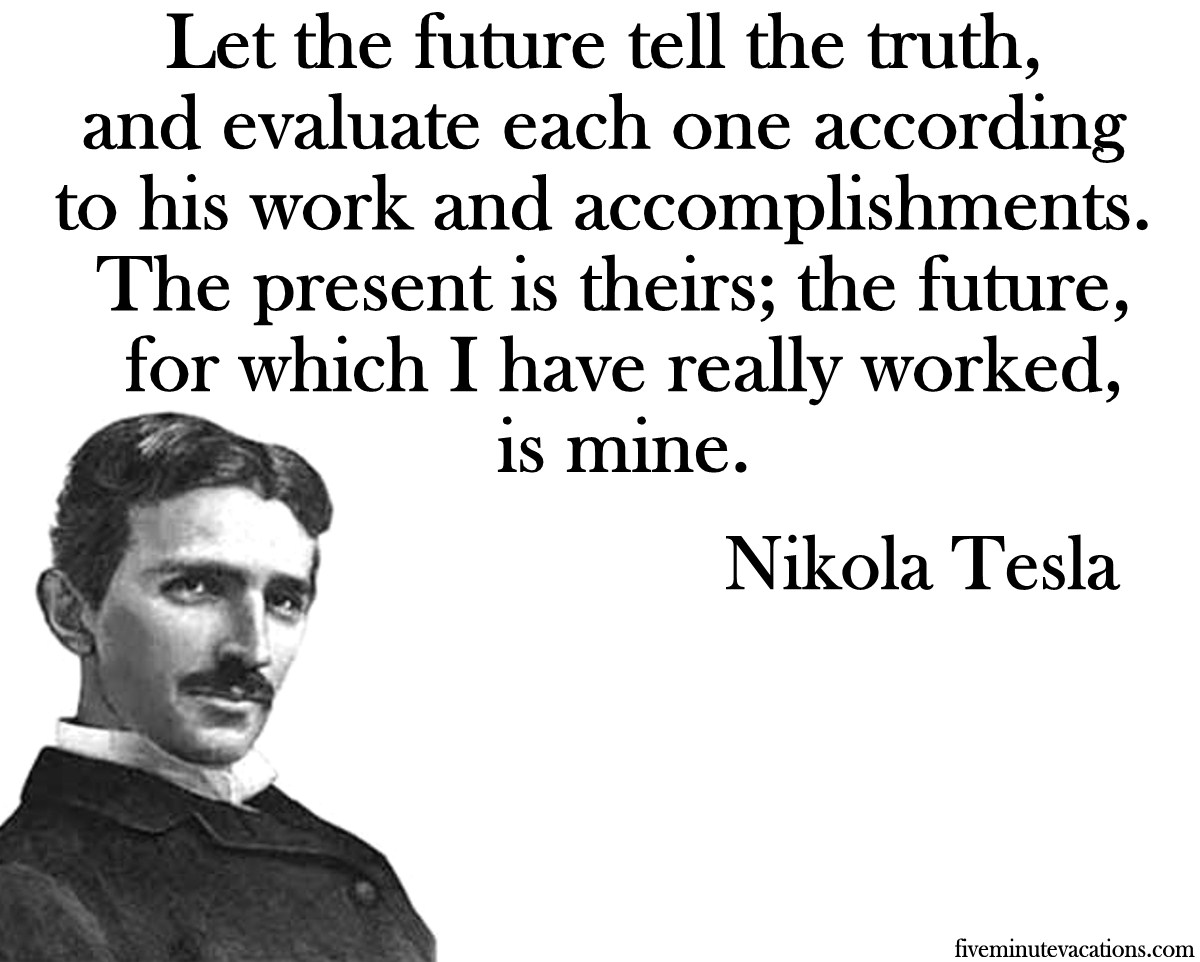 Like all great visionaries, Tesla was a man who was way ahead of his own time. He definitely could see this coming.

It is said that nothing is ever lost, and indeed, the still ongoing story of Tesla is a superb example of this. It shows us how everything is continually recycled, renewed and magically resurrected at the perfect timing through the great wheel of life. The success story of Tesla Motors may just be the beginning if this resurrection process.

It will be very interesting to see where this journey will take mankind. Perhaps in a not very distant future we may see one of  Teslas many limitless energy devices such as the Wardenclyffe Tower to be accessible for the world population.

You cannot be less than you are now. You cannot achieve a vibration that is lessthan the vibration that you have achieved. That’s why when someone achieves an empire and then something happens where it is lost or destroyed, they still have the vibration that they’ve achieved, and the empire will come back again –you see it all the time — because it is the vibrational status that the Universe is responding to, not the financial status.” – Abraham Hicks